COPYRIGHT 101 FOR FILM PRODUCERS. WHAT RIGHTS DO I NEED WHEN MAKING A FILM?

Making films is a tough job. Not only are you expected to be a creative genius, a finance guru, an HR manager, a sales rep and a networking extraordinaire, you also need to have an intricate understanding of intellectual property – particularly copyright.

In this article, we explain some of the key rights and permissions you need to consider when producing a film.

Copyright in the Film

The copyright in a completed film is generally owned by the person who arranged for the film to be made (i.e. the producer or the production company) unless there is an agreement to the contrary.

But it doesn’t end there… the copyright in your completed film is separate to and doesn’t include all of the copyright materials and works that could be incorporated into your film.

Practically, that means you need to consider the materials, work and creative contributions of everyone who participates in your project.

What are Underlying Works?

As the producer of your film you won’t necessarily be the owner of copyright in any underlying material that is incorporated into your film, such as the script, the music and the artwork.  These are often referred to as ‘underlying’ works or materials.

The creators of those Underlying Works, for example, a writer, a composer or an artist, will be the copyright owner of those works subject to any written agreement that says otherwise.

It is the producer’s job to get written assignments (i.e. transfers) or licences of those rights from the relevant owners to enable the film to be made and shown to the public.  For example, if your film is based on a novel, you will need the rights to adapt that novel and turn it into a script for your film (usually by way of an option and assignment agreement).  In addition, you will also need the rights to the script under the terms of your agreement with the writer.

If you are using music in your film, you must ensure the relevant rights to the musical works and recordings have been obtained.  If you’re choosing to go with an original score for your film, you may commission a composer or music producer to write and record music for the film.  Another option is to license production music from a recognised provider.

Music is protected as a separate category of copyright in Australia and you need to take care to ensure that you have rights to use both the musical composition and the audio recording.

Any artworks, photographs and pre-existing footage used in your production will be protected by copyright.  You will need to get written permissions from the copyright owners to ensure you have the right to use those works in your film.

There can be exceptions.  For example, if an artwork included in your film is only shown in the background and its inclusion is incidental, you may not need permission.

Unless you’re a one-person show, making a film usually consists of many people working together, including actors, directors, camera operators, makeup artists, wardrobe coordinators, costume designers, set designers, editors and many in between.  Depending on the role, those participants may own copyright in their performance or contribution to the production.  So, it’s important that you have written agreements in place with your cast and crew which assign or license any rights which come into existence as a result of their services.

You may have additional contracting requirements if your cast and crew are members of applicable industry bodies, guilds or unions.

Other rights and clearances may be required when producing your film.

For example, if you are seeking to film on private property, you will need to obtain a signed location release from the property owner to gain permission to access and film at the location.  If you’re filming in a public space, it is likely that you will need permission from the local council.

Why is Copyright Important?

Without proper written agreements in place, you are exposing your project to legal risk.  A seemingly innocuous oversight can lead to a significant problem if you have made your film and someone comes out of the woodwork with a copyright infringement claim.

Another aspect is the promises you are making to other stakeholders.  When you apply for funding from a screen body or other investor or financier, you will need to promise that you have all the rights in your project.  You may also need to demonstrate that you have the rights to allow you to develop, produce and market your project by conducting a Chain of Title review and obtaining a Solicitor’s Opinion Letter.

Need to Protect Your Film Copyright?

We are specialist Entertainment Lawyers with experience in film, TV and online productions of all shapes and sizes.  Our lawyers have acted for large production companies, emerging producers, digital content creators, financiers, distributors and the Australian screen bodies.  If you want to put agreements in place to ensure you are addressing copyright in your project, we can help.  Please get in touch using the form below or by emailing us at info@creativelawyers.com.au. 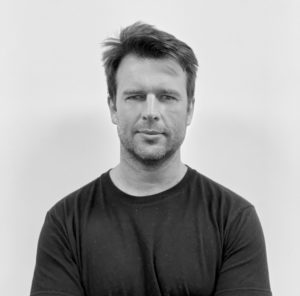